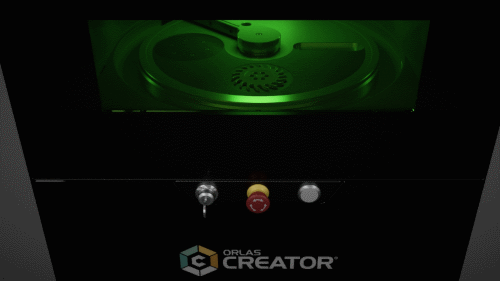 Unlike many other entrants into the AM sector, OR LASER was not be demonstrating a development concept during its debut years ahead of roll-out — this was a fully working platform, ready to finish 3D printing metal parts on the show floor. With a production strategy in place and a well-earned reputation for meeting its machine production commitments, OR Laser plans to begin shipping the ORLAS CREATOR in 2017. 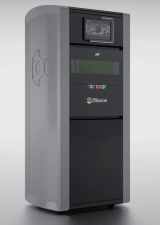 When OR LASER first began researching direct metal AM more than three years ago, the main focus quickly became to make the technology capabilities more accessible.

Considerable market research demonstrated that metal AM had tremendous potential for small and medium sized enterprises (SMEs), particularly in the jewellery, dentistry, and medical sectors as well as for smaller engineering firms and laboratories.

However, until now, this size of organisation has been priced out of the metal AM market with no commercially viable options available to them.

This is precisely the type of organisation that OR LASER had in mind when developing the ORLAS CREATOR and the ecosystem around it. With an impressive and contemporary design, the ORLAS CREATOR is a contained hardware system.

The build platform is original in design and functionality, an innovative blade design ensures smooth operation and increased build speeds that produce parts up to 30% faster.

In terms of safe operation in smaller facilities, the ORLAS CREATOR utilises a cartridge materials handling system. Filled cartridges can be supplied by OR LASER, but the company keenly recognises the need for an open material system, and operates accordingly. Moreover, parts produced on the ORLAS CREATOR offer resolution comparable with higher spec machines on the market.

OR LASER has also worked hard on developing the right operating ecosystem for the ORLAS CREATOR, with sophisticated software and interface developments. This means that no third party software is required to run the machine and eliminates additional costs of running.

In fact, OR LASER intentionally minimises dependence on third parties across its operations — the company is not a machine integrator, but rather a machine producer with more than 80% of the hardware produced in house as well.