Tata Steel and thyssenkrupp AG today signed a definitive agreement to create a new company by combining their European steel businesses in a 50/50 joint venture. This follows the signing of a Memorandum of Understanding in September 2017.

Dr. Heinrich Hiesinger, CEO of thyssenkrupp AG: “The joint venture not only addresses the challenges of the European steel industry. It is the only solution to create significant additional value of around 5 billion euros for both thyssenkrupp and Tata Steel due to joint synergies which cannot be realized in a stand-alone scenario. For both partners the stake in the joint venture means a significant lift up of value.”

Since signing of the Memorandum of Understanding, the different performance development of thyssenkrupp Steel Europe and Tata Steel Europe has led to a valuation gap between the two entities. The definitive agreement includes a proper compensation of this valuation gap: In case of an Initial Public Offering (IPO) of the joint venture thyssenkrupp will receive a higher share of the proceeds, reflecting an economic ratio of 55/45 in favour of thyssenkrupp. Furthermore, thyssenkrupp has the right to exclusively decide on the timing for a potential IPO.

Negotiations with employee representatives and the respective consultation processes have been successfully completed. Taking the different forms of co-determination in the respective countries into account, the basic idea of an integrated company with joint management was secured.

The proposed new company, to be named thyssenkrupp Tata Steel B.V., will be positioned as a leading pan-European high quality flat steel producer with a strong focus on performance and technology leadership. The joint venture is built on the strong foundations of common value systems and a long heritage in the industry. The transaction is subject to merger control clearance in several jurisdictions, including the European Union. 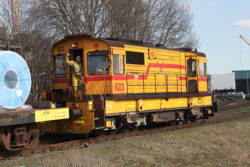 Dr. Heinrich Hiesinger, CEO of thyssenkrupp AG: ”With the joint venture we create a highly competitive European steel player – based on a strong industrial logic and strategic rationale. This will help secure jobs and value chains in European core industries. ”

The joint venture will be managed as one integrated business through a holding company headquartered in the Amsterdam region of the Netherlands. thyssenkrupp Tata Steel will have a two-tier governance structure that comprises a Supervisory Board and a Management Board each with six members, on which thyssenkrupp and Tata Steel will have equal representation. In the time ahead, thyssenkrupp and Tata Steel will jointly make decisions on the leadership team and their responsibilities. Respective employee representation structures in European countries and a European Works Council (EWC) will be retained. In addition, an Employee Executive Committee (EEC) will be established, in which the Management Board and employee representatives of the joint venture will regularly discuss strategic issues.

Due diligence and fairness opinions have confirmed the economic viability of the new company and the expected annual recurring synergies of approximately €400 to €500 million. After closing, the synergies will be generated in several areas including procurement, consolidation of overhead and through a better asset utilization. It is expected that there will be opportunities in capital expenditure management and working capital optimisation to realize additional synergies.

At the same time, the future set-up and positioning of the joint venture will enable growth in higher value segments, exceeding industry growth rates. This will be achieved among other measures by redeploying R&D efforts to strengthen the positioning as quality and technology leader.

Leveraging cost synergies will require a rationalization in workforce over the years ahead by up to 4,000 jobs in operations and support functions that is expected to be shared roughly evenly between the two parties. Furthermore, the complete production network is to be reviewed starting in 2020 with the aim of integrating and optimizing the production strategy for the entire joint venture.

With signing of the Joint Venture agreement, thyssenkrupp has paved the way for the refinement of the Group strategy and thus also for the adjustment of financial targets. The Management Board will present the refined strategy to the Supervisory Board in an extraordinary meeting in the week beginning July 9, 2018.